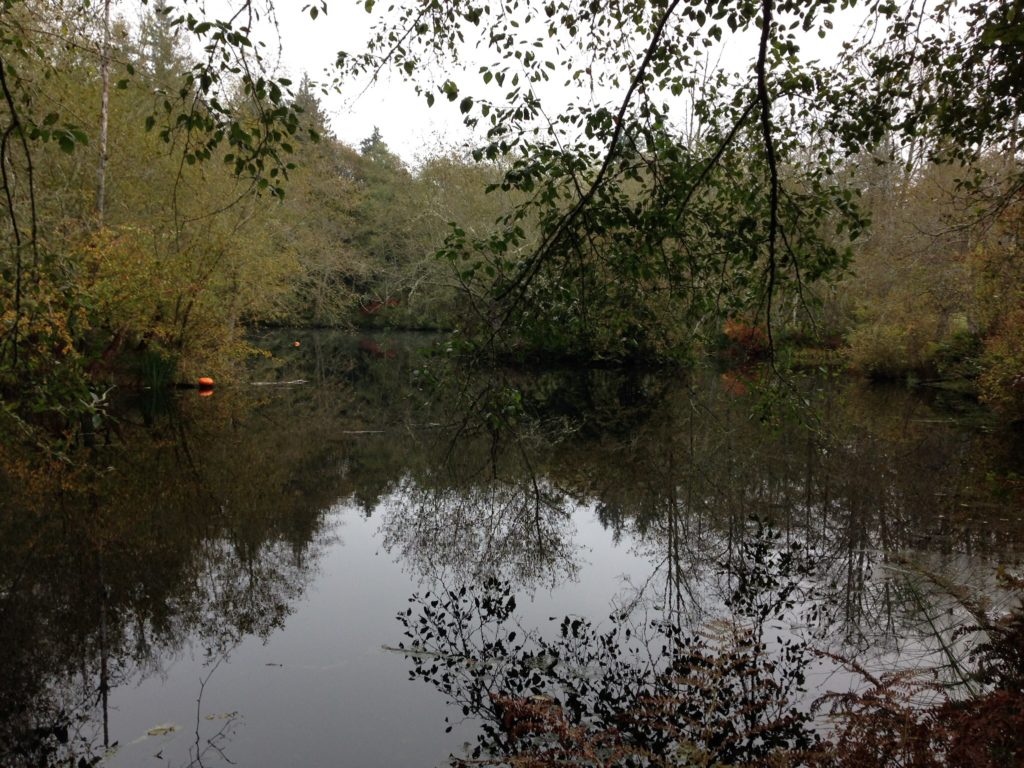 For me and for many people I know, 2017 has proven, so far, to be a year full of dread.  The hope and creativity I reaped from an artistic retreat at Bloedel Reserve on Puget Sound last October remains a fragile flame to protect from howling winds of change around me.  I am grateful, so lucky, to have had the opportunity for that beautiful and thoughtful time, just before the election, to focus on what was important to me as an artist, and to sharpen my ability to see, and to manifest what I see in my art.

My work for many years has been more about pleasure, contentment, finding the good in my world.  It has felt solid, providing a vision of beauty as a way of making sense of what is important to me. That no longer seems to be enough. 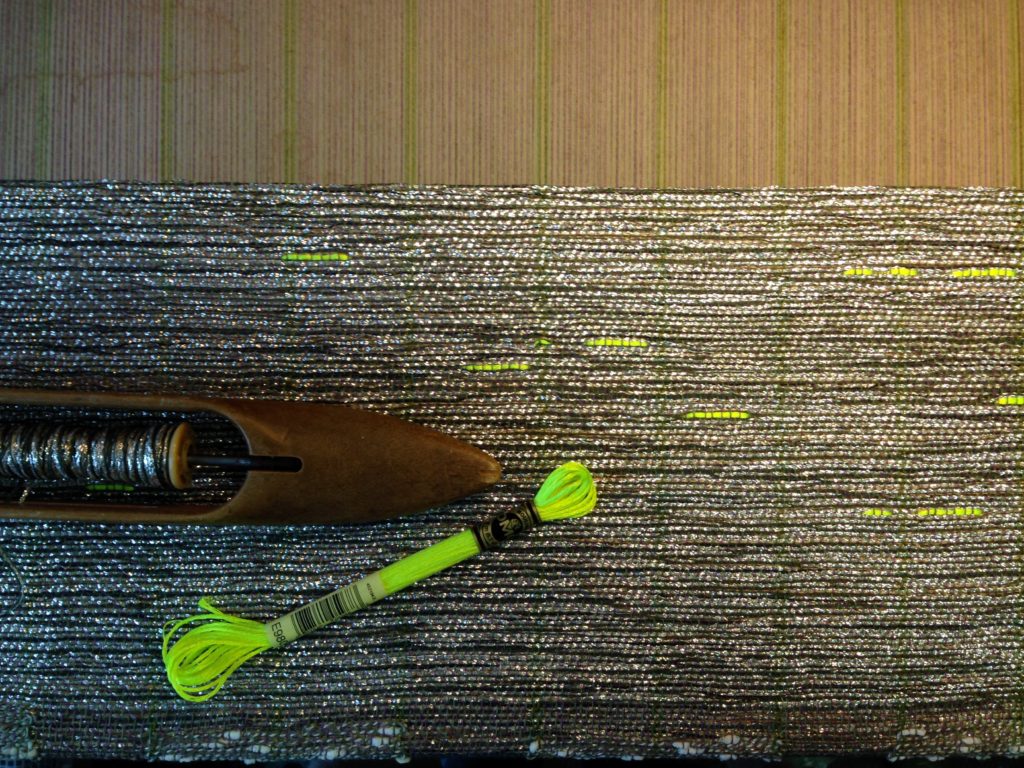 I recently began a weaving which, in spirit at least, felt totally new to me.  Some of the visual techniques are familiar, some  are stretching, as I struggled to manifest something deeply felt and ineffable.  I have decided that it is the world of the feeling and the spirit that have meaning for me now. How to show them?

As I was trying to focus on how to go about the new work, I was doing my morning crossword and hit upon a clue to both a word, and to what I was thinking about: “river of forgetfulness”.  Aha. It resonates. 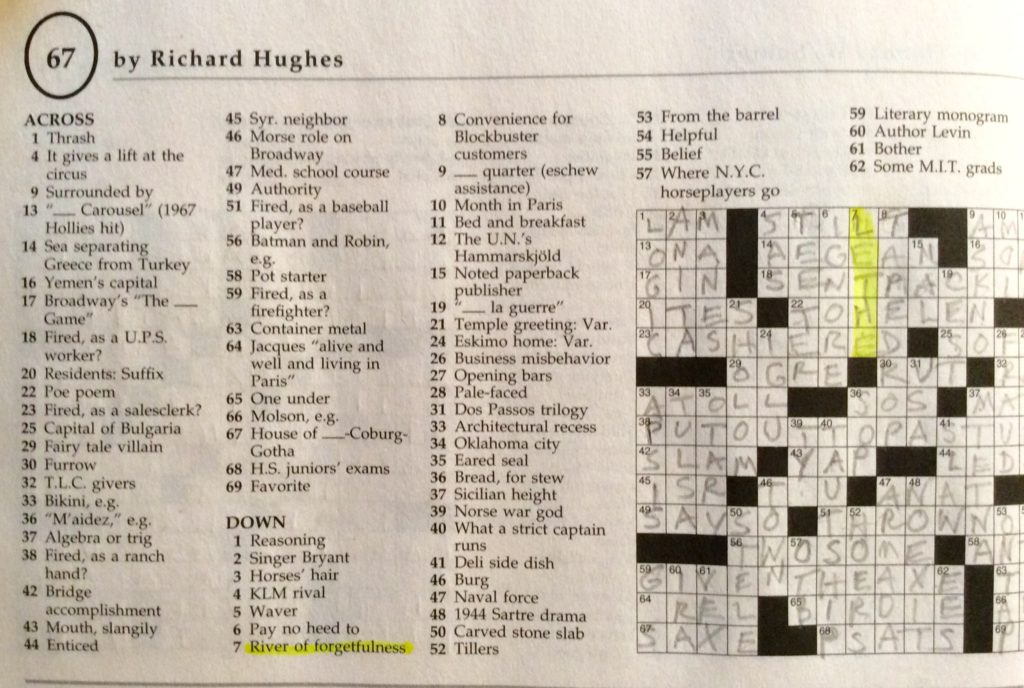 The resulting tapestry refers to the sad, longing eyes in the alder trees which watched after me on my daily walk through the woods.  They were growing around a gloriously evocative bird marsh at Bloedel Reserve, and the knots where limbs had been were all eye shaped.  This image spoke so strongly to me I knew it was a big metaphor. 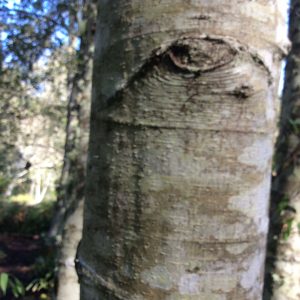 I know it seems to be a dark work.  It hurts me to look at it.  The silver river winds among the watching trees, trying to distract from what they are seeing.

2 thoughts on “Looking for Vision”