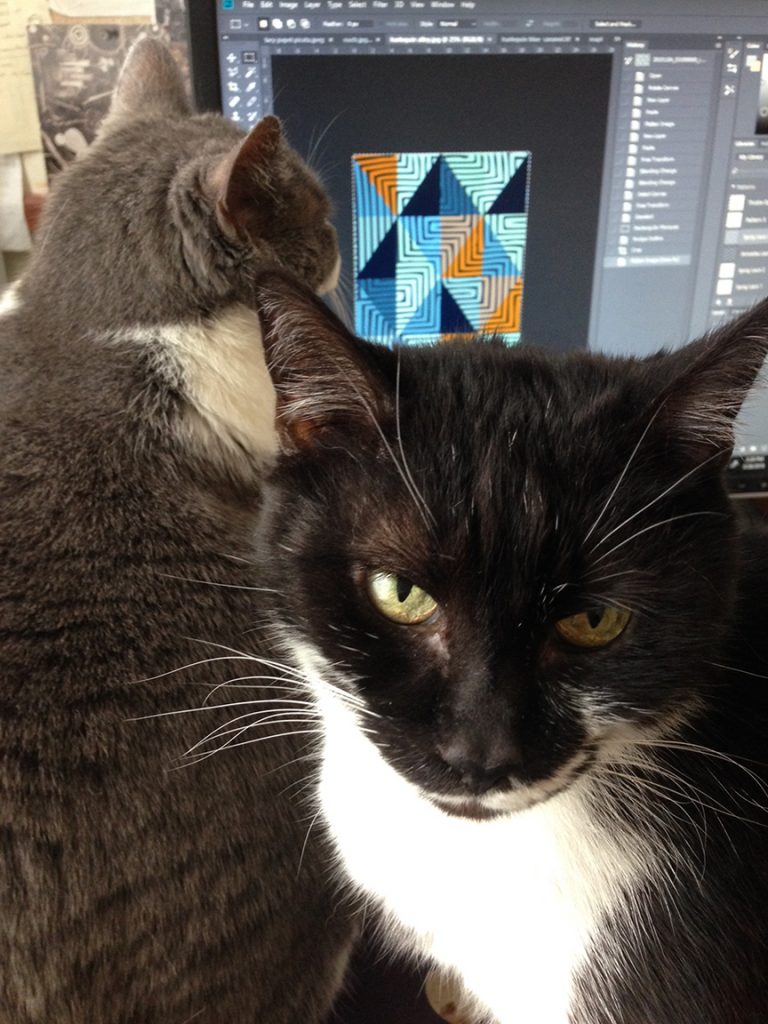 I usually find that my cats are fairly uninterested in my world, unless it directly overlaps with their own in terms of being fed, getting the head scratched, whatever.

The two cats at my studio have recently begun piling up directly in front of my computer, begging for attention. My attention is focused there,  hence it is their main mission to distract me from my work so I will pet them.

This morning, after the usual frantic purring and thrusting activity from the grey cat, however, she settled back to rest and purr.

Later, I noticed that she wasn’t sleeping. She was intently watching the computer screen as I made changes to a design. Who knew? I have held cats up in front of mirrors as they demurely refused to acknowledge the image of the kitty opposite, so I had assumed that they simply were not interested in two dimensional representation.  My story is now being corrected.

One thought on “cats on hand”