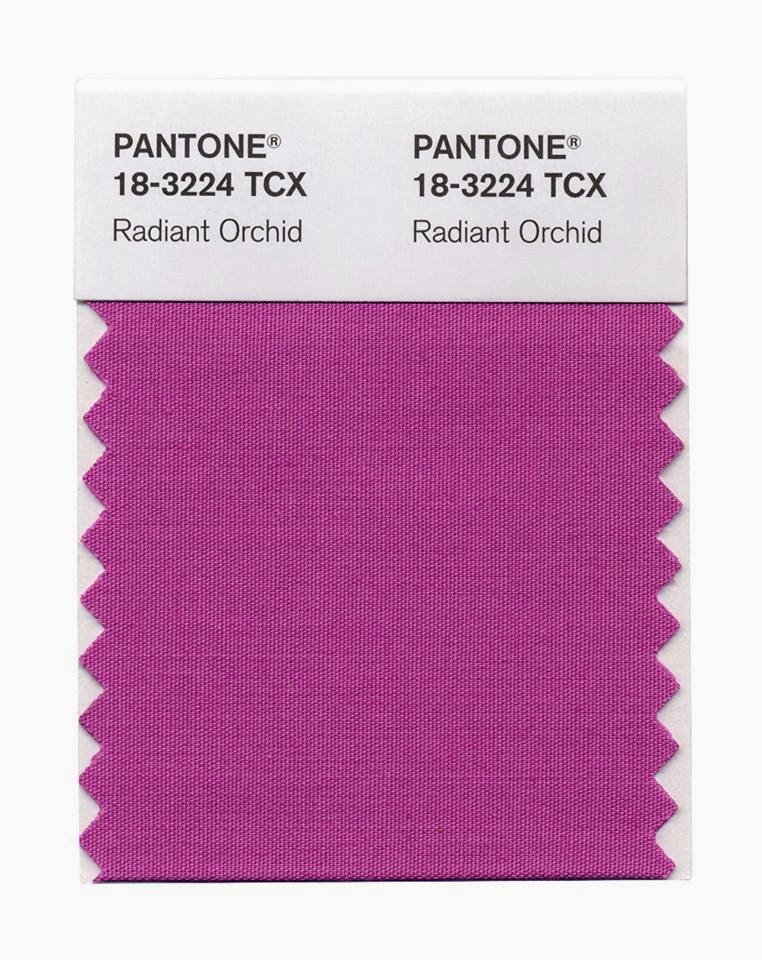 I will confess to being a bit dubious when Pantone announced “Radiant Orchid” as its Color of the Year for 2014.  Quite a peculiar color, often accompanied by sounds of mock retching!  But the genius of The Pantone Institute is that when they want to bring attention to something, they just can.  Sometimes I wonder if they chose orchid because of these negative reactions, feeling ornery and contrary.  But as I was going through my myriads of photos from the Houston International Quilt Market last fall, I realized that orchid was already a going thing, long before the announcement.  (And, if you have access to www.pantoneview.com, which I write for, you might have seen the video about the choice of Radiant Orchid as 2014’s color, and noted like I did, that it was filmed in February 2013).

What is so interesting about watching color trending is how the psychology of it all works.  Pantone twigged onto the fact that orchid was in use and still under rated, so they grabbed it and made a fuss, so it sells even more.  OR maybe Pantone set us all up for that.  Trends are interesting and trackable, and perhaps can be seeded into culture much like clouds are seeded to make rain, but for me, intuition is the most valuable resource I have and I am always paying attention to my peripheral vision.  What inspired today’s post for me was an emailing from mainstream craft giant Joann Fabrics about Radiant Orchid.  Clearly, this color is carrying through its destiny.  I don’t remember the same happening for 2013’s Emerald. 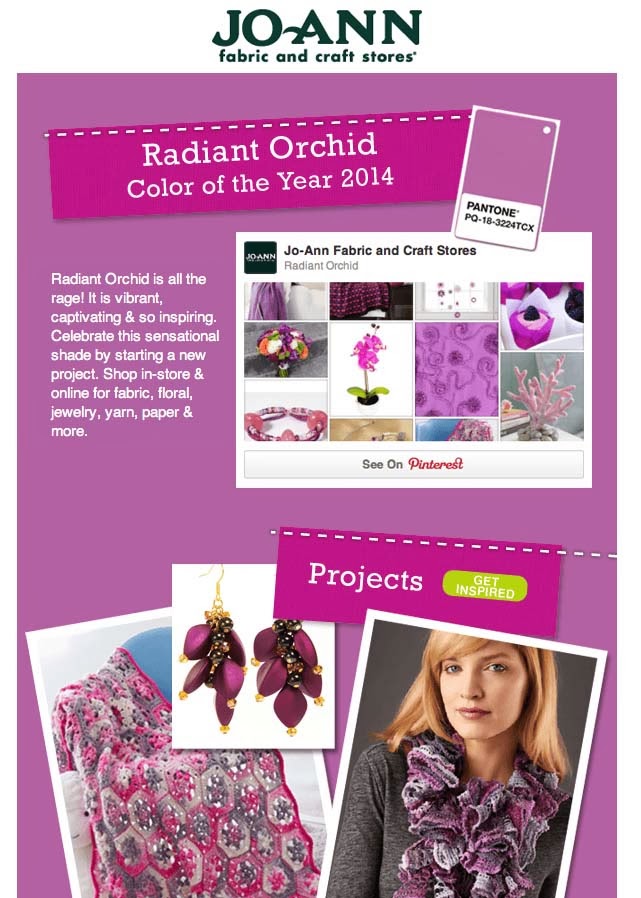 I have written at length for Pantone View about the color trends at the Quilt Market this past fall.  As it has not gone live yet, here is an excerpt from my article, on the life of orchid among savvy quilters.  Most of the images are drawn from the quilt exhibits, but some are from commercial vendors as well.

SIGHTINGS OF ORCHID AND GREY
Orchid crept frequently into the mixes, adding a quirky and sophisticated twist to both muted and bright near primaries and deep pastels.  Grey works very well with orchid, either as warm neutrals or nearly inky cool tones.
In making a palette, I need to look carefully at the array of colors presented and choose the colors which for me, make the whole vision exciting.  Limited to six colors, it is tough to grab all of them.  In the end, the palette itself is the goal, and it becomes a whole new animal with DNA extracted from the assembled images and recombined to give a sense of visual satisfaction.

1 thought on “Sightings of Orchid”